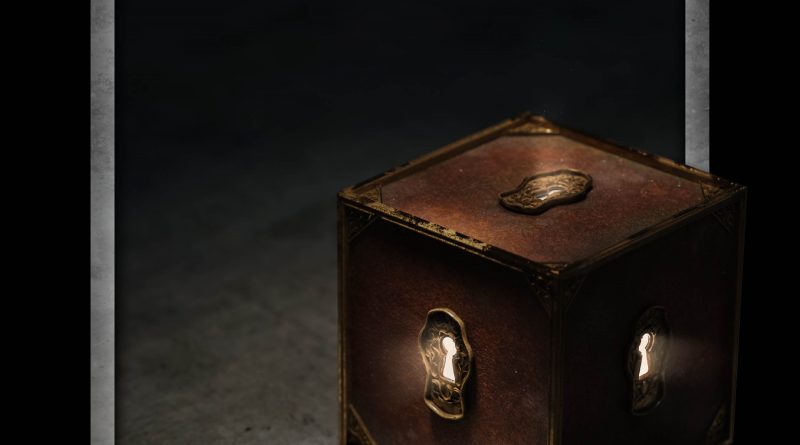 There is, of course, a story behind every tune…. so who is Rosemary? What is her box? Why is it special? And why is it empty? Oh, and why did I compose a tune about Rosemary’s Empty Box? Read on, and all will be revealed!

The story behind Rosemary’s Empty Box

Let me start by telling you about Rosemary….

I lost contact with Rosemary nearly 40 years ago… but she was an enthusiastic school teacher with a passion for storytelling to excite and inspire young children. She taught at a primary school in south London, not far from the park at Crystal Palace. It was a challenging, touch job. The kids were demanding and the classes were large, but there were children from many different cultural and ethnic backgrounds, and although the work was often tiring, it was also a very rewarding career. Rosemary was a very good teacher!

Now, Rosemary’s box played a very important role in her classroom. I don’t know the details, but I do know that the children got very excited by the box. Maybe it had some special, magical power or qualities. What I do know is that the box was at the heart of Rosemary’s lessons. It featured in all of her stories. It was a box full of expectation and promise. And for the children, the box was full of unexpected surprises. The box could turn a dull London morning into an intriguing adventure. It could turn a grey afternoon into a bright sunny party. It gave life and energy to each character. The box contained fantasies, myths, legends, dreams and fairy dust.

But I’m sure you’re wondering…. if this box was so, so special – why was it empty???

So, here is the strange thing about Rosemary’s Box – although it was so special for all of the children in Rosemary’s classroom, when it came to the parents, or the other teachers, or any or Rosemary’s friends…. well, they never, ever, saw anything in Rosemary’s Box. For adults, Rosemary’s Box was always, always EMPTY! And now I need to explain…

The meaning behind Rosemary’s Empty Box

I guess the emptiness of Rosemary’s Box was the thing that made it so intriguing and special for anyone over 10 years old! It certainly sparked my curiosity. Of course, I asked Rosemary about her box, but she would never tell me, or anyone else, the things that the children knew about Rosemary’s Empty Box. It was a mystery, and because I’ve lost touch with Rosemary, I will probably never know the full tale.

So would you like to know my theory? I think it was a reverse Pandora’s Box.… Pandora was left a container in care of her husband. Curiosity overcame Pandora, and led her to open the container, releasing physical and emotional curses upon mankind.

And probably no-one will ever know what it contained, how it was used, or why it was so special!

So let me tell you a bit about why I wrote this tune. I wrote Rosemary’s Empty Box in 1989, and released it on my new age album Glebe (1990). I wanted to capture the mysterious nature of this incredible box, and the secrets it contained! Here’s that original arrangement:

A cleverly constructed piece, with everything you need for musicality. The interpretation flirts with improvisation, I love it, we stay suspended on the notes that are going to be played.

Click the button below to get your free copy of the solo piano score to Rosemary’s Empty Box: